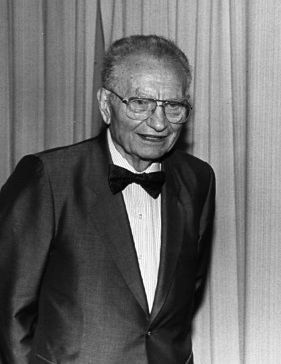 Paul Anthony Samuelson (May 15, 1915 – December 13, 2009) was an American economist. The first American to win the Nobel Memorial Prize in Economic Sciences, the Swedish Royal Academies stated, when awarding the prize in 1970, that he "has done more than any other contemporary economist to raise the level of scientific analysis in economic theory". ''The New York Times'' considered him to be the "foremost academic economist of the 20th century".

Samuelson was likely the most influential economist of the later 20th century. In 1996, when he was awarded the National Medal of Science, considered to be America's top science-honor, President Bill Clinton commended Samuelson for his "fundamental contributions to economic science" for over 60 years. Samuelson considered mathematics to be the "natural language" for economists and contributed significantly to the mathematical foundations of economics with his book ''Foundations of Economic Analysis''. He was author of the best-selling economics textbook of all time: ''Economics: An Introductory Analysis'', first published in 1948. It was the second American textbook that attempted to explain the principles of Keynesian economics. It is now in its 19th edition, having sold nearly 4 million copies in 40 languages. James Poterba, former head of MIT's Department of Economics, noted that by his book, Samuelson "leaves an immense legacy, as a researcher and a teacher, as one of the giants on whose shoulders every contemporary economist stands".

He entered the University of Chicago at age 16, during the depths of the Great Depression, and received his PhD in economics from Harvard. After graduating, he became an assistant professor of economics at Massachusetts Institute of Technology (MIT) when he was 25 years of age and a full professor at age 32. In 1966, he was named Institute Professor, MIT's highest faculty honor. He spent his career at MIT, where he was instrumental in turning its Department of Economics into a world-renowned institution by attracting other noted economists to join the faculty, including Robert Solow, Franco Modigliani, Robert C. Merton, Joseph Stiglitz, and Paul Krugman, all of whom went on to win Nobel Prizes.

He served as an advisor to Presidents John F. Kennedy and Lyndon B. Johnson, and was a consultant to the United States Treasury, the Bureau of the Budget and the President's Council of Economic Advisers. Samuelson wrote a weekly column for ''Newsweek'' magazine along with Chicago School economist Milton Friedman, where they represented opposing sides: Samuelson, as a self described "Cafeteria Keynesian", claimed taking the Keynesian perspective but only accepting what he felt was good in it. By contrast, Friedman represented the monetarist perspective. Together with Henry Wallich, their 1967 columns earned the magazine a Gerald Loeb Special Award in 1968. Provided by Wikipedia
1